Who is Venom in the Spider-Man movies?

Venom is an iconic character in Spider-Man mythology, with his comic book origins dating back to Secret Wars issue #8 (1984). The character has been a villain and an anti-hero, and the alias of a number of different characters.

In the Spider-Man film series Venom has appeared as an antagonist and a protagonist. But who is he? Who is Venom and what movies has he appeared in?

In this movie, a small meteorite lands in Central Park, spilling out a black substance. The substance – which is later identified as a symbiote – crawls away from the crash site and attaches itself to Peter Parker’s moped.

Hitching a ride, the symbiote travels to Peter’s apartment, where it bonds with his Spider-Man suit, changing it from the traditional Spider-Man colours of red and blue, to black. Peter is asleep at the time, but he is wearing the suit and when he awakes, he finds himself hanging upside-down in the middle of New York.

Having made a connection with Peter, the symbiote subconsciously takes control of his body. It enhances his strength, but also taps into his negative emotions and begins to influence his decisions.

Under the influence of the symbiote, both Peter and Spider-Man act out of character. The situation comes to ahead when Peter accidentally hurts Mary Jane Watson (Kirsten Dunst).

Realising he needs to distance himself from the symbiote, Peter travels to a nearby bell tower, where he removes the symbiote costume. Leaving Peter’s body, the symbiote attaches itself to a new host – Edward ‘Eddie’ Brock Jr. (Topher Grace), a disgraced photographer who has a vendetta against Peter Parker.

The symbiote amplifies Brock’s hatred for Parker and together, they call themselves Venom. As Venom, Brock has one target in mind – kill Spider-Man.

When Venom next appears on film it is as the lead of a solo movie. The film is not connected to Spider-Man 3, and instead focuses on a new origin for the character.

In Venom (2018), a bio-engineering company known as The Life Foundation sends a probe into space to seek out new lifeforms. The probe returns to Earth with four symbiotes, but crash lands in Malaysia.

One of the symbiotes escapes containment and attaches itself to John Jameson (Chris O’Hara), an astronaut who is injured in the crash. As the paramedics take Jameson for hospital treatment, the symbiote escapes.

While investigating The Life Foundation, Brock is exposed to one of the symbiotes. The symbiote bonds with Brock, gives him enhanced strength and agility, and reveals itself to be Venom.

While Brock and Venom become accustomed to each other, the symbiote that escaped the probe crash, makes its way to The Life Foundation and bonds with Carlton Drake. Drake’s symbiote is called Riot, and it wants to use Drake’s resources to bring millions of symbiotes to Earth.

Working together, Brock and Venom join forces to stop Riot and save the world.

The difference between Spider-Man 3 and Venom

Attaching itself to Peter in Spider-Man 3, the symbiote feeds off Parker’s negative emotions – as explored within the movie. When Peter later removes the symbiote, the parasite feels rejected and seeks out a host with similar negative emotions, leading it to Eddie Brock.

Both the symbiote and Brock have a shared hatred for Peter Parker. This collective hatred leads them to become Venom – a seemingly dark version of Spider-Man.

In 2018’s Venom, the symbiote is already called Venom. It is still a parasitic lifeform, but it does not have a hatred for Peter Parker.

Venom is instead a symbiote which is not very well-respected on its home planet. When it joins with Brock, it senses that he is disrespected too and they share something in common.

Both Brock and Venom understand they can be so much more if they become one. As neither is fuelled by hatred, they come to use their strengths for (semi) good, rather than revenge.

So, the Venom of Spider-Man 3 takes a path towards villainy. The Venom of 2018’s Venom works towards being a hero (of sorts).

It is worth noting that while Venom is depicted differently between these two movie appearances, his weaknesses remain the same. Venom is weakened by fire and by sound, which is something that is discussed in both Spider-Man 3 and Venom.

Alternatively, please check out one of the recommended reading posts below, to discover more details about the Spider-Man movie series. 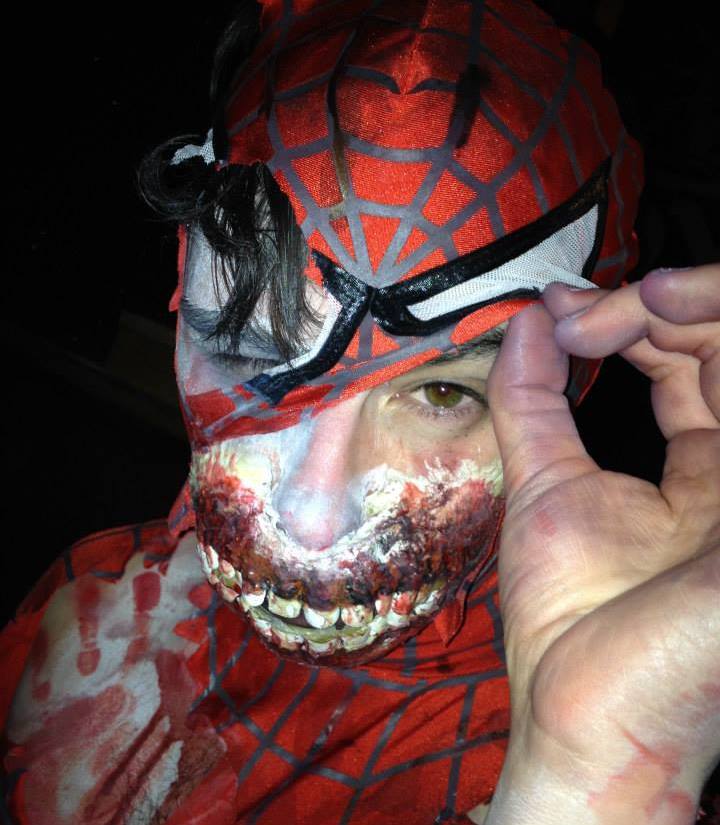